She’s got mail: Woman caught with 112 residents’ property: Missing some of your mail?… If so, maybe Evelyn Susan Cooper can help you out. The 41-year-old Oakland resident was arrested early Monday morning after police responded to a report of a suspicious car in the 1000 block of Petra Drive. A search of her car turned up a cache of U.S. mail that wasn’t addressed to her, sheriff’s Capt. Mike Loughran said. (NapaNews.com)

Postal Problem Solved: Memphis, TN — Craig Fisher of Bartlett called News Channel 3 to investigate a case of mail fraud. He says his own letter carrier, Jonnetta Hammond, stole the box of checks she was supposed to deliver. He even has the copy of a check he says Hammond wrote out to herself for $200.00. (wreg.com)

Rain, Snow, Sleet Or Jail Time Don’t Stop Accused Mailman: Mail carriers know so much about us…They have access to our personal information, they know when we’re home and for many of us, there’s even a friendly relationship. (wcpo.com) selfconstructioncompany.com

Thank you for reading the news.

Please be advised that I am currently in the “uploading documents” stage of this site’s development. Until such time that all material documents in my possession have been uploaded and made available for research purposes through this site; the further development and/or creation of other areas of this website will be procrastinated.

I do, in fact, plan to add a message-board to this site. If sufficient demand is present; I may also add a chat room.

The Chicago-area postal worker is currently without an internet source for local, job-related information exchange.

The chicago postal worker.com, I believe, will change that. The construction of this web presence is, at this time, slow going. However, the pace is expected to increase soon. Its appearance will, at first, be bland; but will slowly become more exciting. Its scope will, at first, be narrow; but will broaden with not only my input, but also with—perhaps to a greater extent—the questions, concerns and information from you. If you could send more info on the chicago postal union i would greatly appreciate it. Thanks for taking the time to read this message to me.

Here is a summery of 2004 news in the postal industry.

Three charged in separate postal robberies: MONTGOMERY, Ala. U-S Postal Inspectors say a Bullock County man is jailed in connection with the armed robbery of a post office in the Fort Davis community, that’s located in southern Macon County. (www.wkrn.com)

Letter carrier lawsuit headed for federal court in December: FARGO, N.D. – Letter carriers on opposite sides of a federal court lawsuit agree on at least one thing: The Prairiewood Station Post Office became a miserable place to work.(www.grandforks.com)

Protecting mail carriers from your animals: Every year about 5,000 letter carriers are bitten by dogs. As dog owners, we responsible for keeping our animals under control. (www.capitalnews9.com)

USPS Tops $100M in Revenue From Mover’s Guide Program: The U.S. Postal Service has received more than $102 million in revenue from an alliance it formed with marketing services company Imagitas Inc. and its MoverSource program. The news was announced at yesterday’s USPS board of governors meeting in Boston. (www.dmnews.com)

Postmaster general renews pledge of no rate hike until 2006: WASHINGTON – Postmaster General John E. Potter renewed his promise Tuesday that the price of mailing a letter won’t go up until 2006. (www.katu.com)

Postal Worker Sentenced in Theft of Direct Mail: A U.S. Postal Service employee who stole thousands of pieces of direct mail to garner ideas for a direct mail business he planned to start was sentenced to three years probation in federal court Friday. (www.dmnews.com)

Postal Carrier Accused Of Stealing Mail: SEATTLE — A veteran U.S. postal carrier has been charged with mail theft after he was caught with hundreds of pieces of stolen mail in his Tacoma home, KIRO 7 Eyewitness News reported. (www.kirotv.com)

Today we have some fun facts about the USPS. After working in this industry for many years i can share some insider details and secrets many don’t know about. But the facts are definitely out there if you do the research. A simple Google search can give great results. 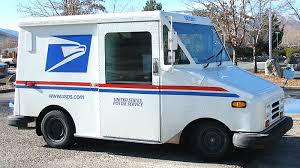 3 Things You May Not Have Known About The USPS:

Back in Alaska, the mail used could be delivered by sled dogs. However, in 60’s the last dogsled mail route was turned into an airplane route. Which is still used to this day.  Sled dogs are still being used as a transportation source to this day. Many locals can get from store to store and get shopping done. And of course the Iditarod race is still going strong every year out in Alaska!

Though it has always been against postal laws and regulations, there have been several instances on record where parents/family’s mailed their own children in back in the beginning days of postal routes. As fact, in the early 1900’s a baby was shipped to his mother who lived miles away! Weighing under the 15-pound limit, the baby’s caretakers only paid 25 cents for a postage fee. Oh my! Oh my!

From the 80’s, the USPS Carrier Alert Program helped protect the wellbeing of elderly and in addition disabled postal service customers. USPS service carriers will alert emergency personnel staff members if they notice a buildup of mail at a home or other circumstances that might bring up an accident or illness that has occurred unknownly. This is just a few of the many good things that the USPS does for our citizens and communities.

To visit one of recent postal service clients visit here

Stay posted for another post coming at you soon!